“English policy is to float lazily downstream, occasionally putting out a diplomatic boathook to avoid collisions.” Compared to the flamboyance of Disraeli and Gladstone, Lord Salisbury was a reserved, distant figure, yet he ranks among Britain’s longest-serving prime ministers. 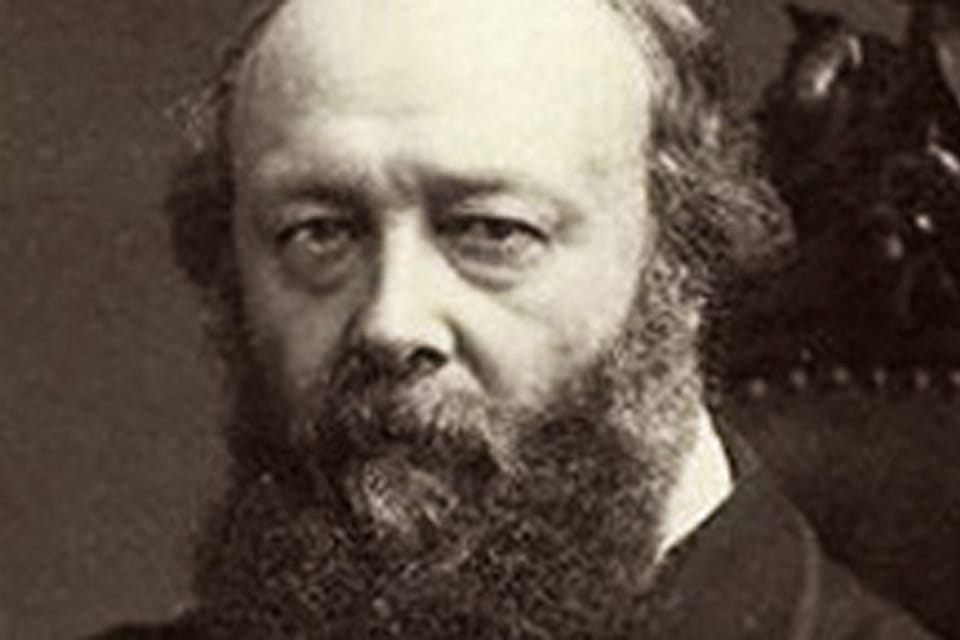 Naval Defence Act 1889: greatly enlarged the size of the Royal Navy, to ensure the '2 power standard' which maintained the number of battleships to at least the combined size of the next 2 largest navies (France and Russia).

Founded the London County Council in 1889 - the directly elected municipal authority for the County of London. Was in existence until 1965. Salisbury was the last peer to serve as PM, with the brief exception of the 14th Earl of Home who renounced his peerage within a few days of being appointed.

Born into an aristocratic family, Lord Salisbury was a descendent of Lord Burghley, a minister of Queen Elizabeth I. A frail child and prone to depression, he developed a love of books and botany.

After gaining a fourth-class degree in mathematics from Oxford, he set out on a world tour for the good of his health, visiting South Africa, Australia and New Zealand. He returned much stronger, with a keen interest in the British Empire. Lord Salisbury entered the Commons in 1853 at the age of 23, as MP for Stamford. To earn enough to support himself and his wife, he started writing political articles for journals, gaining him a reputation as a sharp and clever commentator.

His first political post came in 1866, when he was appointed Secretary of State for India under the Earl of Derby. Less than a year later, he resigned in opposition to plans to extend the electoral franchise. In 1868 he entered the House of Lords following the death of his father, and became Chancellor of Oxford University a year later. He maintained his intellectual interests, building a laboratory at Hatfield House where he experimented with electricity.

When the Conservatives returned to office in 1874, he became Secretary of State for India under Disraeli. Although their relationship started out stormily, it improved so much that in 1878 Disraeli appointed Lord Salisbury as Foreign Secretary, and he helped to secure peace in the Balkans at the Congress of Berlin.

He took over the Conservative leadership on Disraeli’s death in 1881, and reluctantly became prime minister of a minority administration in 1885. His first administration included legislation on housing the working class but within months an election cut short his term.

Returning to office in 1886, his second administration was much stronger, benefiting from the Liberals’ internal strife. Reforms at home included the Local Government Act of 1888, transferring the administration of counties to elected county councils, and the 1891 Free Education Act that abolished fees for primary education.

Instead of the traditional role of First Lord of the Treasury, Lord Salisbury unusually combined the role of the Prime Minister with that of Foreign Secretary - a demanding double job.

Adopting a hands-off attitude to matters at home, his main interests lay in the direction of foreign affairs, especially British interests in Africa. His other political legacy was strengthening the Conservative party by unifying different factions.

Under his direction, the colony of Rhodesia (today’s Zimbabwe) was established, with its capital city named Salisbury. The Prime Minister’s diplomatic skills were demonstrated in 1890 to 1891, through a settlement reached with the other European imperial powers over African territories.

By the time he became Prime Minister for the third and final time in 1895, he had become a well-loved elder statesman. Home legislation included the Workmen’s Compensation Act of 1897, making the employer liable for accidents at work. Abroad, problems were brewing in the Cape Colony in South Africa - the Boer War broke out in 1899, splitting the Cabinet and leading to his resignation in 1902. His nephew, Arthur Balfour, replaced him as Prime Minister.

He died in 1903 at Hatfield House, his family home in Hertfordshire.