“There seem to me to be very few facts, at least ascertainable facts, in politics.” 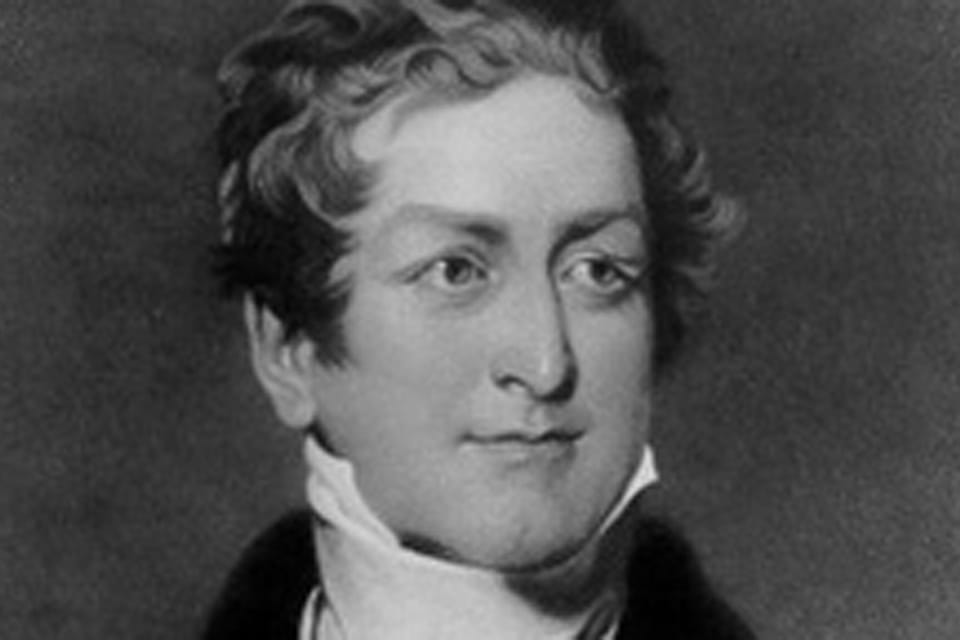 His maiden speech in the Commons was a sensation, and famously described by the Speaker of the House of Commons as “the best first speech since that of William Pitt”.

Sir Robert Peel’s period in government – as prime minister and in other offices – was a milestone for social reform. Landmark legislation cut working hours for women and children, created cheap and regular rail services, and reorganised the policing of London, radically changing society.

Peel was the son of a wealthy Lancashire cotton mill owner who was also Member of Parliament for Tamworth. It was a new-money background, which some in his party would later use to provoke him.

His father was extremely ambitious for him, preparing him for politics and buying him his Commons seat. It is claimed that he told his son “Bob, you dog, if you do not become Prime Minister someday I’ll disinherit you”.

He was educated at Harrow and Christ Church, Oxford, where he excelled, gaining a double first in 1808. Just 1 year later, Peel was elected MP for Cashel, Tipperary, though he was to represent many constituencies during his career, including that of Oxford University.

Considered an arch-unionist, and at that time opposed to Catholic emancipation, he was nicknamed ‘Orange Peel’.

In 1822 he became Home Secretary, after voluntarily resigning his position in Ireland in 1817. During his time, he introduced a number of important reforms of British criminal law; his changes to the penal code resulted in around 100 fewer crimes being punished by death. He also reformed the gaol system with payment for jailers and education for the inmates.

He retained the post of Home Secretary under the Duke of Wellington in 1828. During this time he was persuaded of the case for Catholic emancipation after 20 years of opposition to it, and pushed the Catholic Emancipation Bill through Parliament, arguing that civil strife was a greater danger. His turnabout on the matter shocked his supporters.

As Home Secretary, he also created the Metropolitan Police in 1829, leading to the nicknames of ‘bobby’ and ‘peeler’ for London’s police officers.

On Lord Grey’s resignation in 1834, Peel refused King William IV’s invitation to form a government. However, he did accept a second request the following year. In the hope of winning a large majority, he lost no time in calling fresh elections but the majority he won in the election was small, and a number of defeats in Parliament led to his resignation in the April.

He became Prime Minister for the second time in June 1841. It was a time of economic strife, with many out of work and Britain’s international trade suffering. Peel, though never an ideological free trader, took steps to liberalise trade, which created the conditions for a strong recovery.

He also passed some groundbreaking legislation, such as the Mines Act of 1842 that banned the employment of women and children underground, and The Factory Act 1844 that limited working hours for children and women in factories. In 1845, he faced the defining challenge of his career. Failed harvests led much of the population to call for the repeal of the 30-year-old Corn Laws, which banned the import of cheap foreign grain - a crisis triggered by the Irish potato famine. Unable to send sufficient food to Ireland to stem the famine, he eventually decided the Corn Laws must be repealed out of humanity. Landowners saw the attempt as an attack on them, and fiercely protested in the House of Commons. Peel’s Conservative Party would not support him and the debate lasted for 5 months.

Eventually, in June 1846, the Corn Laws were repealed. However, on the very same day, he was defeated on another bill, and resigned for the final time.