“The happiness of constant occupation is infinite.” 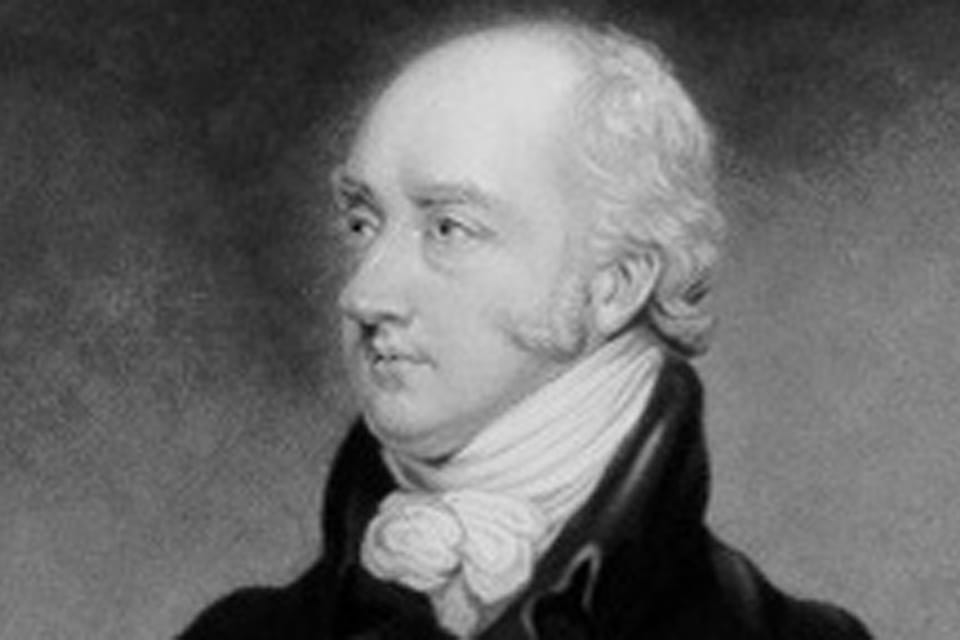 Holds the record for having served as Prime Minister for the shortest period of time.

George Canning was an enthusiastic follower of Pitt the Younger, resigning from his post as Paymaster General in 1801 when Pitt resigned as Prime Minister. Popular, witty and intelligent, he gained an early political following as an excellent public speaker. He was one of the first politicians to campaign heavily in the country, making many speeches outside Parliament and was known for his opposition to parliamentary reform and his advocacy of Catholic emancipation.

In 1807 he was made Foreign Secretary under the Duke of Portland. His greatest success was outmanoeuvring Napoleon at Copenhagen by seizing the Danish navy, but he also quarrelled badly with the War Minister, Castlereagh, over the deployment of troops. When Castlereagh discovered in September 1809 that Canning had made a deal with the Duke of Portland to have him removed from office, he was furious.

Demanding redress, Castlereagh challenged Canning to a duel, which was fought on 21 September 1809. Canning had never fired a pistol and completely missed, whilst Castlereagh wounded his opponent in the thigh. Both men resigned as a result of the incident.

A few weeks later, Canning was disappointed to be passed over as the choice for Prime Minister in favour of Spencer Perceval. His anger was such that he refused a high profile post in Perceval’s government. However, after a brief stint as ambassador to Portugal, he returned to join the government as President of the Board of Control.

He later replaced his old rival as Foreign Secretary in Lord Liverpool’s government after Castlereagh’s suicide in 1822. Once again, he made a successful Foreign Secretary, especially in preventing South America from falling into French hands.

Canning replaced Lord Liverpool as Prime Minister on 10 April 1827, and set about forming a coalition with the Whigs under Lord Lansdowne.

On 8 August 1827, after spending barely 5 months in office, Canning died suddenly from pneumonia at Chiswick House. His last words were ‘Spain and Portugal’.

He has come to be regarded by some as a ‘lost leader’, with much speculation about what would have happened had he lived.