“If I am a great man, then a good many great men of history are frauds.” 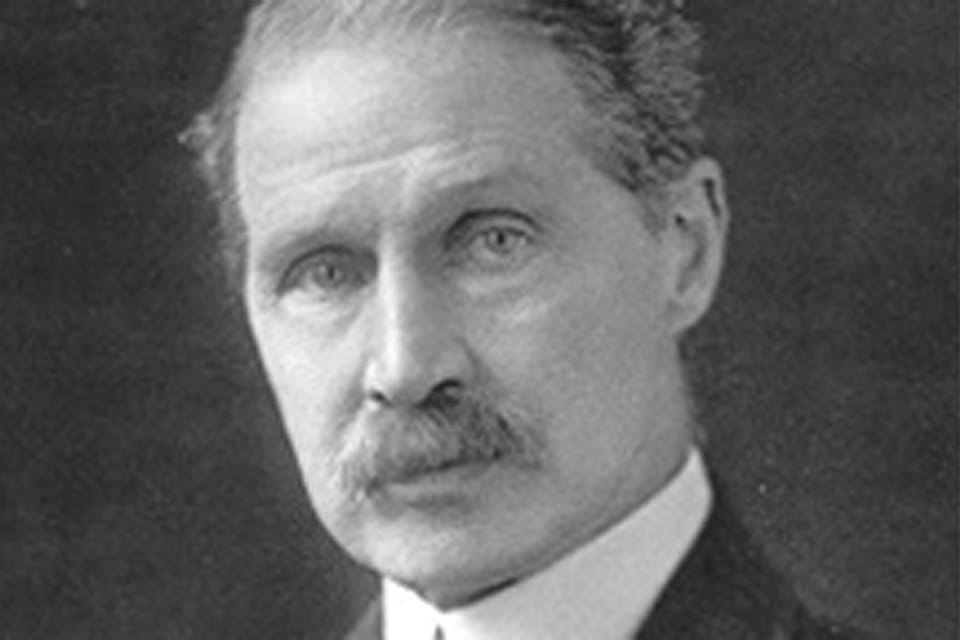 Andrew Bonar Law was the Canadian-born son of a Scottish clergyman. He worked as a boy on his father’s smallholding and then, at age 12, he went to live with his late mother’s cousins, who were rich Glaswegian merchant bankers in Scotland.

He later worked for the family bank while attending university night classes, which gave him an interest in politics and debating. At 27 he was making his fortune as an iron merchant but did not live extravagantly, having simple tastes.

With an inheritance that gave him financial independence, Bonar Law entered politics. In 1900 he was elected Conservative MP for Glasgow Blackfriars. He had a reputation for honesty and fearlessness, and was well regarded as an effective speaker. These qualities promoted him to Parliamentary Secretary to the Board of Trade in 1902.

He lost his seat in the 1906 Liberal landslide General Election, but he returned to represent Dulwich following a by-election later in the same year. Though hit hard by the death of his wife, he continued his political career and won the Conservative party leadership in 1911 as a compromise candidate.

At the outbreak of war he offered the government the support of the Conservatives in the coalition. Working closely with the Liberals caused Bonar Law to admire David Lloyd George to such a degree that he even declined the premiership in favour of Lloyd George’s appointment.

He was given senior positions in Lloyd George’s new war cabinet. His promotion reflected the great mutual trust between both leaders and made for a well-coordinated political partnership. Their coalition was re-elected by a landslide following the Armistice.

Conservative withdrawal forced Lloyd George to resign and the King then invited Bonar Law to form a new administration in 1922.

Law’s ‘Tranquility Manifesto’ was an attempt to allow Britain to recover from war damage. Though elected, he lasted just 209 days in office. He resigned in May 1923 due to ill health, and died of throat cancer 6 months later.