“We hear war called murder. It is not: it is suicide.” 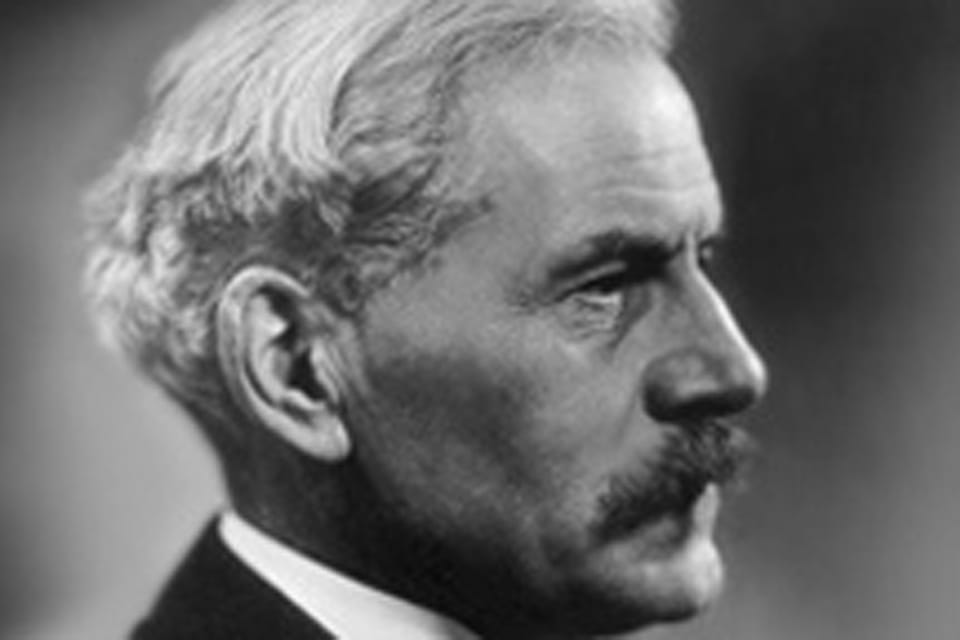 9 November 1937, Aboard the liner Rinea Del Pacific whilst in the Atlantic Ocean

He was the first Labour Prime Minister.

Born 12 October 1866, James Ramsay MacDonald was the first Labour Prime Minister and came from a working class family. He grew up in Lossiemouth, Scotland.

He worked as a teacher at the local board school he attended, and at 18 moved to Bristol as a clergyman’s assistant, where he joined the Social Democratic Federation.

MacDonald was employed as a Liberal candidate’s assistant in London for 3 years, and joined the Independent Labour Party in 1893. He stood unsuccessfully as a parliamentary candidate in 1895, meanwhile working as a journalist. Yet, with the encouragement of his new wife Margaret, he rose through the party ranks.

Elected for Leicester in 1906, he established a reputation as a distinguished thinker. In 1911 he became chairman of the parliamentary Labour group.

As the Labour Party grew, however, he was criticised as being too moderate. His opposition to the Great War made him more unpopular still, and he was mercilessly attacked by the press. He lost his seat in 1918, but later returned to represent a Welsh mining constituency.

Back in Parliament, he became party leader and therefore Leader of the Opposition. In 1924 he was asked by George V to form a government when Stanley Baldwin’s small Conservative majority proved ungovernable.

In the first-ever Labour government, the survival of MacDonald’s small Commons majority depended on the good will of opposition parties. This difficult situation prompted him to call an election.

During the campaign a newspaper published the notorious ‘Zinoviev letter’. Although later accepted to be a fraud, the letter ruined MacDonald’s anti-Communist credentials. His Labour administration was then heavily defeated in the election.

In 1927 he had a mysterious throat infection and almost died on a visit to the United States. He spent a month recovering at a hospital in Philadelphia.

In his second minority government in 1929, MacDonald set an historic precedent by appointing Margaret Bondfield as the first female minister. Economic crises, including the doubling of unemployment levels, persuaded him to also include the opposition leaders in a cross-party national government. However, this step lost him the support of his own party and he resigned in 1935.

The coalition was considered by many party members to be a cynical betrayal of their hopes and MacDonald subsequently lost his seat. He then fought to return to Parliament, winning a by-election 2 years before his death on the way to South America in 1937.